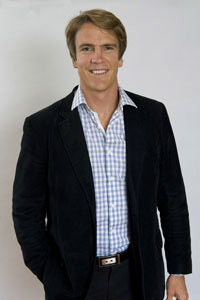 Dr Luke Inman is a Fellow of the Australasian College of Sport and Exercise Physicians (FACSEP), having completed his final specialty exams in 2015. He currently practices at Peninsula Orthopaedics, at the new Northern Beaches Hospital, and at the Dee Why Grand, Commercial Tower, treating patients with a variety of sports related injuries and illnesses.

Dr Inman has been a qualified doctor since finishing his Bachelor of Medicine, Bachelor of Surgery degree at the University of Sydney in 2006. He also holds a Bachelor of Medical Science Degree with Honours in Muscle Fatigue and a Post Graduate Diploma in Sports Medicine, completed with Distinction in 2011. He has published in the area of muscle damage markers in the elite sport setting and muscle fatigue.

Dr Inman is currently a Board member for the NSW Government Combat Sports Authority (CSA) and the Chief Medical Officer for the Manly Warringah Sea Eagles Rugby League team. He was previously the doctor for the Australian Rugby Union mens and womens Seven-a-side teams and the assistant doctor for the NSW Waratahs Super Rugby team and the Sydney Swans reserve grade. He has covered a plethora of sports including international tennis tournaments, Athletics, Muay-Thai kick boxing and Cirque Du Soleil.

Dr Inman has a unique background. As a rugby player he represented Australia in seven-a-side rugby in 21 tournaments around the world between 1999 and 2008, and captained his country in six of those competitions. A highlight for Inman was playing for Australia in the Commonwealth Games in Melbourne in 2006. He achieved this whilst studying medicine.

As a full time professional rugby player between 2000 and 2002 Dr Inman earned 20 caps for the NSW Waratahs in the Super Rugby competition and was the team's top try scorer in 2001.